Notes on the XBox360 chatpad

These notes come from the website of Cliff L. Biffle, with a few additions from me. 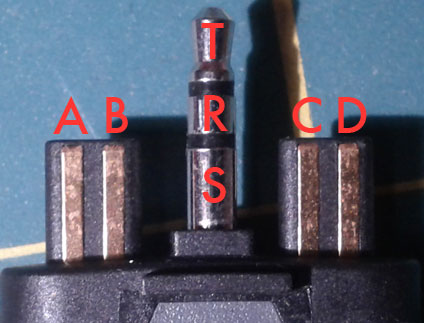 Greg Porter’s Propeller driver gives some basic information about the protocol, but much of it is implicit in assembly comments. In Greg’s driver I noticed two unexplained binary messages:

I tried sending just one or the other to confirm that both are necessary, and they are:

Messages from the Chatpad appear to always be eight bytes in length.

Status messages are sent every 78 milliseconds and start with byte A5. Here’s an example:

I currently have no idea what these messages mean.

Key messages are sent when a key is pressed or released. Oddly, the chatpad sends up to four such messages at each press/release event. Key messages start with byte B4.

Here are the press and release messages (respectively) for the A key:

Byte 4 in the press message (37 above) appears to be a keycode that uniquely identifies the key.

The chatpad can detect up to two simultaneous keys. When two keys are down, the keycode of the second key pressed appears in byte 5. For example, here is the sequence of messages generated by pressing A, pressing S, releasing A, then releasing S:

From this we can see that Byte 7 is a checksum, computed by summing bytes 0-6 (modulo 256) and negating the result (two’s-complement).

Modifiers are transmitted in Byte 3, using a four-bit mask to represent the four modifier keys. Here is the sequence produced for shift-A:

As you can see, the engineer responsible for the key map went insane before completing the right edge, where the keycodes become random.

In case you don’t have a chatpad handy to interpret the table above, here’s the same data phrased differently.