This page is Grand Central for micro:bit hardware documentation. I have tried to include a copy of every document I used in developing the course, or at least a link to it. Where a local copy exists, a link to it is shown in the text below, and the source link is added at the end of the sentence. I have included copies and links in good faith, but copyright holders are welcome to email me and ask for material to be removed.

This page contains exclusively documentation of the micro:bit itself: for information on the tool setup for programming it, see the labs page and other pages linked to it.

The Cortex-M0 core is an ARM processor, with sixteen 32-bit registers and a RISC-style instruction set. Like other microcontroller-oriented versions of the ARM, it omits the standard 32-bit encoding of the instruction set, and executes only programs written in the more compact 16-bit Thumb encoding. 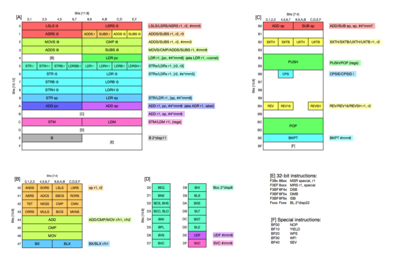 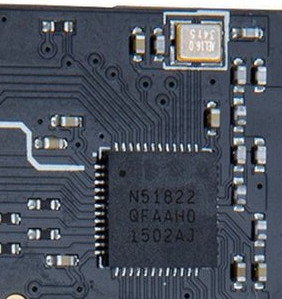 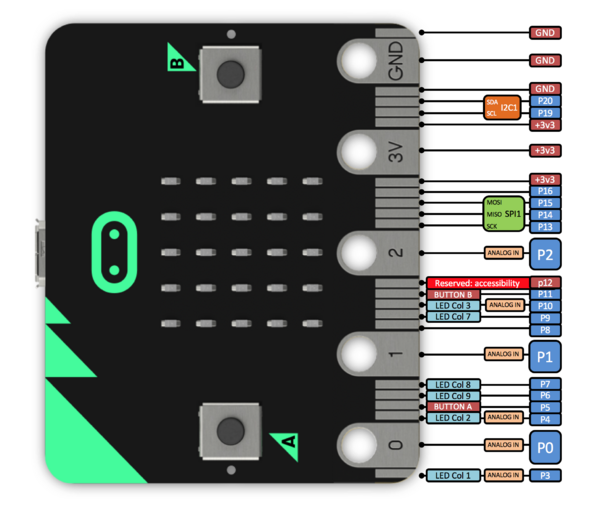