This page contains the materials and instructions you need to install release 3.1 of the Oxford Oberon-2 Compiler and associated programs on your own computer.

Compared with release 3.0, this new release extends JIT support to the amd64 architecture in addition to x86 and ARM, and adds the ability under Linux to use libffi in place of hand-written wrappers to call library functions. The 64-bit runtime executes the same bytecode program as the existing 32-bit runtime, and Oberon pointers and other addresses are represented in 32 bits; the storage manager is designed to allocate storage in the bottom 2GB of the address space to make this possible. Arithmetic on 64-bit integers is supported natively on amd64 instead of using library calls as on other architectures.

Compared with release 2, the release adds support for the Oberon-07 dialect of the language.

Source code and previous versions of the binary packages linked below are available from the releases page of the compiler's GitHub repository, where there is also an issue tracker. The current version is release 3.1.2.

Release 3.1 is likely to be the last (or nearly the last) release of OBC, as the author no longer has a need for an Oberon compiler for use in teaching. He plans to keep it available for the foreseeable future, with bug-fixes but without further enhancements.

Copy it to your machine, then issue the command

(or the equivalent for amd64). Doing this may produce a message about unmet dependencies, and you can resolve them with the command

(This package was built on an Debian Buster system, but should work on other Debian-based systems.)

Note – there is now a Debian PPA from which you can install OBC and get automatic updates: see another page.

Installation on the Raspberry Pi (any model) is the same as on other Debian-based systems, except that you need the file obc_3.1.2_armhf.deb for the ARM architecture.

Copy the file to your machine, then issue the command

If you get a message unmet dependencies, you can resolve them with the command

This package was built under the Raspbian version that is based on Debian Buster.

The source code for the compiler and associated software is available on GitHub:

After cloning the repository, you will find instructions for compiling and installing the compiler in the file README. Building the compiler requires OCaml and TCL, both of which come as standard packages on all good Unix distributions. Building the debugger (which is selected by giving the option --enable-debugger) requires development versions of the GTK libraries, including gtksourceview2.0.

Note: development of the compiler is managed with Mercurial rather than Git, and the GitHub URL above leads to a Git repository exported from Mercurial that is updated whenever there is a fresh release or bugfix. For more up-to-date information, you can use Mercurial to clone directly the repository on Mike's server:

The runtime system uses pointers are 32 bits wide, and has been made to work on amd64 by forcing memory to be allocated in the bottom 2GB of the address space. On x86, amd64 and ARM machines, the default runtime system includes a JIT translator; other architectures fall back to an interpreter for the bytecode, which is also used on all architectures to support profiling and debugging.

For all modern Windows systems (from Windows 2000 onwards), you need the installer obc-win64-3-1-2.exe. When asked, you can choose to Run the installer, or if you prefer, save it on the desktop, then double-click it to start the installation process. The installer will ask various questions about where to install the compiler, and so on. It's OK to press the Return key and accept the default answer each time. I'm not sure, but it may be necessary to restart Windows after installing for the compiler to work; it certainly won't do any harm. The compiler can then be invoked by the command obc at the Command Prompt.

It's also possible to build OBC for 32-bit Windows systems, but these are rare enough now that I've chosen to stop including a 32-bit binary in the release. Let me know if you have a desperate need and I will see what I can do.

Since Windows makes a fuss about installing applications that have not been digitally signed, I'll show you some screen shots so you know what to expect. The screenshots are from Windows 7 and a previous version of OBC; no doubt those from later versions of Windows will be similar but more scarily worded. If you download the installer, then double-click on the downloaded file, you will see this warning: 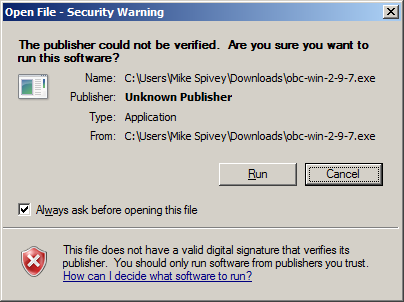 It's OK to click on Run here. Next you will see another warning: 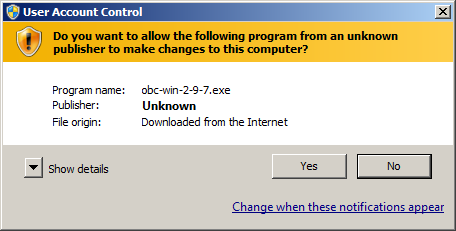 You can safely click on Yes, and the installer will start. 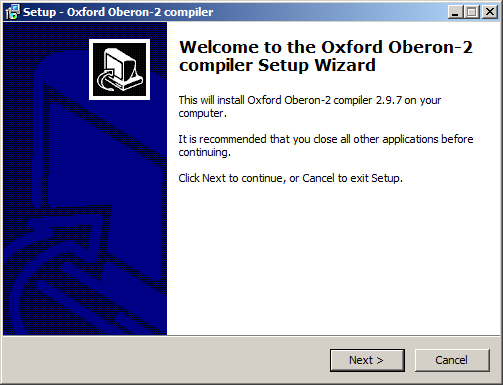 From this point on, you can safely accept the default answer to every question. 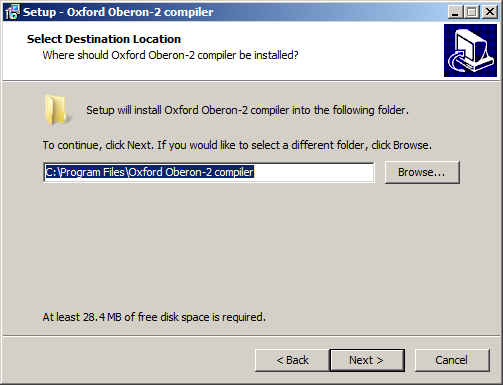 The default is to install OBC under Program Files. 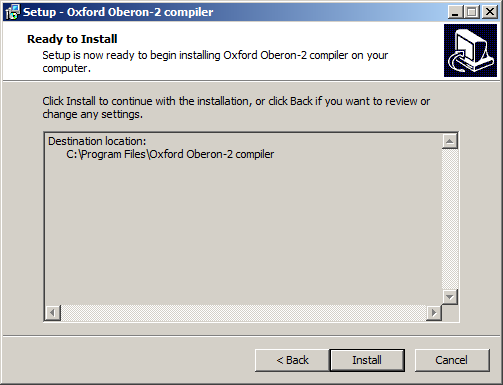 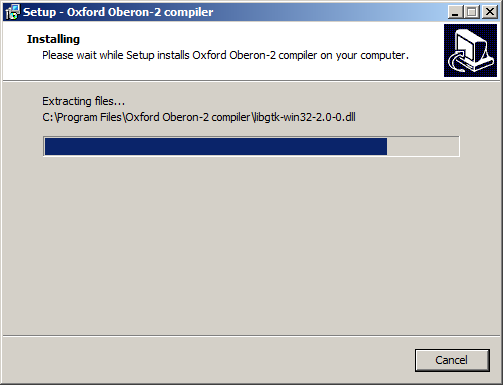 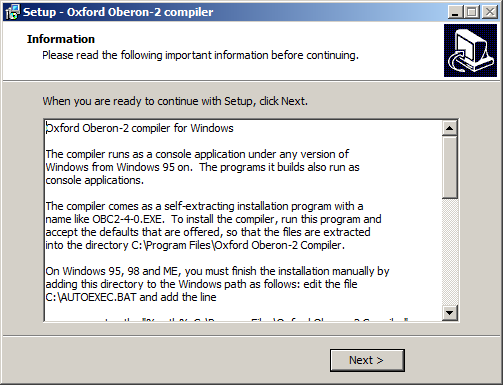 There's a README file that gives a few details. 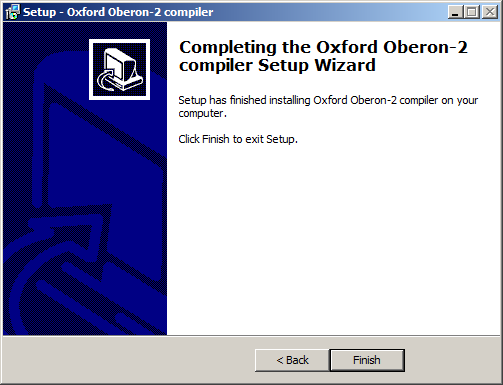 The installer is finished; now you may have to restart Windows before using the compiler.

You need the package obc-mac-3.1.2.pkg. Clicking on the link will start the Mac OS installer; just click through all the defaults to install the compiler and associated software under /usr/local. To use the compiler, you'll need to have /usr/local/bin in your path. You can set this up by including the line